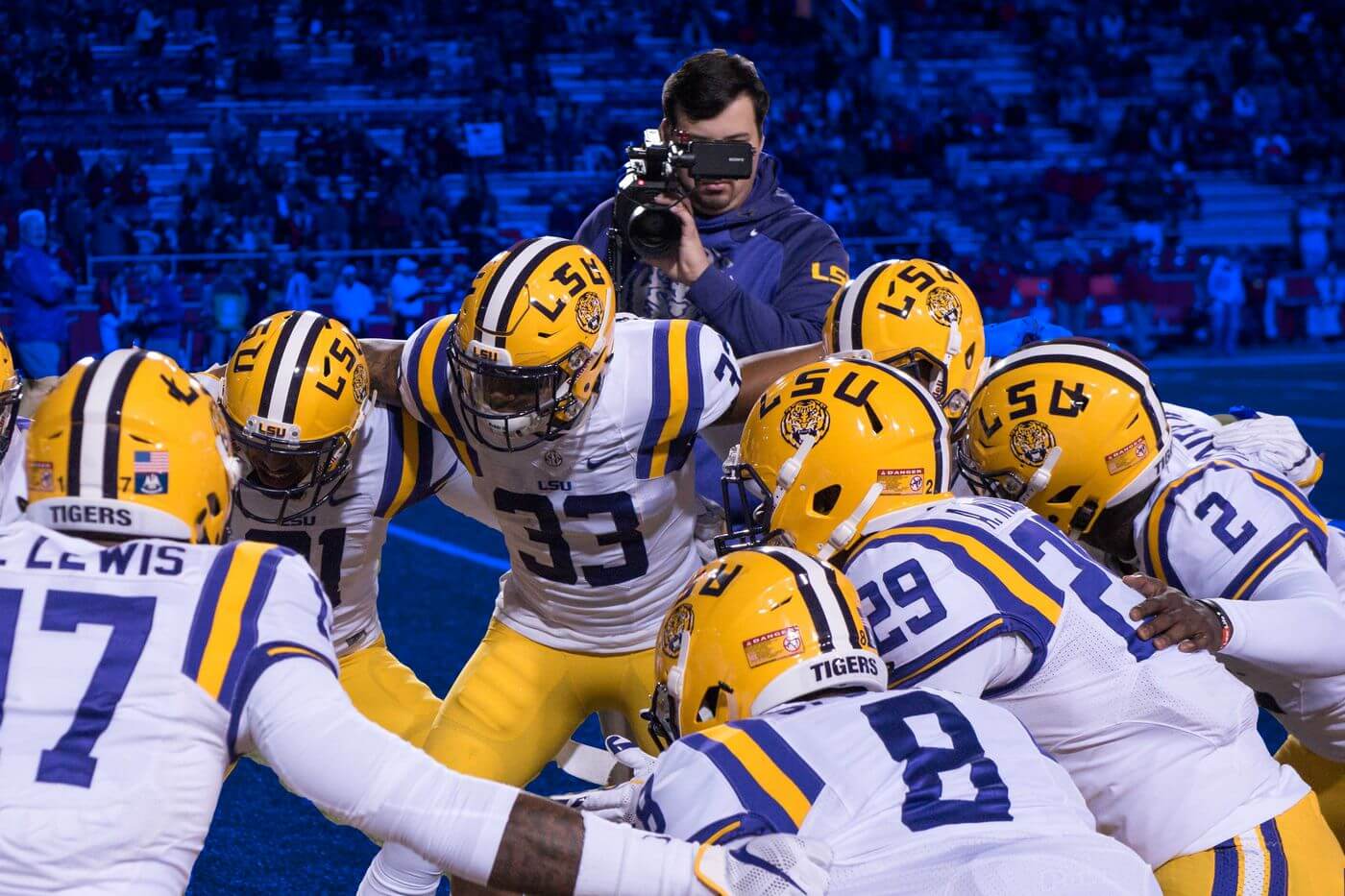 Brian Kelly wants his team to have fun in preparation for the Tigers’ Jan. 2 Citrus Bowl matchup with Purdue.

The venue couldn’t be a much more excellent set up for fun than Orlando, Florida, with Disney World and Universal Studios just a bus ride away. It’s partly because LSU leaves a few days earlier than it would on a typical game week.

Kelly said last week that the Tigers would leave for the bowl game on Dec. 27, giving the team a week to settle in and strike a balance between having a good time and locking in on the task at hand.

“I want them to enjoy the opportunity they have provided for themselves by being in the Citrus Bowl. We’re gonna give them a day to enjoy and then gradually work themselves back into a game week preparation,” Kelly said. “That’s why we took a little bit more time down there, so we could do both. But we will get locked into a normal routine of preparation.”

This is a game that, while not on the national landscape in terms of importance, is crucial to the Tigers’ program and the development of the returning starters and the young talent across this roster. With spots along the defensive line, linebacker, and secondary open for playing time, players like Quency Wiggins, DeMario Tolan, and Laterrance Welch could be asked to do a little bit more in this game.

Some players were right up against the line of a redshirt season. Still, the recent NCAA decision to allow those players who have appeared in four games to be eligible for the bowl games while still keeping their redshirt eligibility is a win-win decision for a team like LSU that’s thin in some areas defensively.

“I think that this is a great move by the NCAA. [It’s great for] player safety because we’re so depleted from a roster standpoint that it takes away any of the ‘well, I don’t have enough players to play.’ I mean, you guys all remember from last year that Garrett Nussmeier could have played in this game,” Kelly said. “So, this is a smart move. I think it’s appropriate and I think it really addresses some of the new things that are happening in college football, and it’s been well received.”

As the week progresses, LSU will focus on the second wave of preparations for Purdue leading up to the Jan. 2 kickoff. The Tigers utilized the week before Christmas as an installation part of practice, so the offense and defense have implemented everything it’ll use against the Boilermakers in the bowl game.

Purdue is entering this matchup very depleted as well, with coach Jeff Brohm being hired away to Louisville as its next head coach and starting quarterback Aidan O’Connell heading for the NFL draft. Numerous players have entered the transfer portal since Brohm left.

It’s a situation Kelly knows all too well, taking over a gutted roster and trying to rebuild in as quick a fashion as possible. But it hasn’t affected how the Tigers have begun preparations for the game as the team hopes to put a bow on the 2022 season with one final win.

“We’ve gone through a traditional week of preparation for Purdue so in reality we’ve put everything in we’re going to do in game-like situations and we’ll duplicate that when we get to the bowl site,” Kelly said.