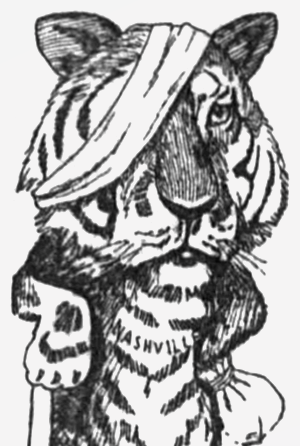 As many know by now, the most significant injury the Tigers had against the Seminoles was Maason Smith. The star defensive tackle tore his ACL celebrating a massive play by one of his teammates in the first quarter. He will miss the remainder of the year following surgery. This means that fans can expect to see former Mizzou man Mekhi Wingo in his place. Don’t be surprised to see Brian Kelly and Matt House give a few other players a run out there to see what the team has in terms of depth.

The Tigers had another scare early in Sunday’s game when BJ Ojulari limped and had to be helped off the field. Luckily, he was OK to continue for the rest of the contest. Kelly didn’t disclose any specific new injuries during his pre-Southern press conference, but he did mention a couple on the defensive side of the ball:

“We’ve got some injuries on the defensive side of the ball with Maason Smith out, so there will be some changes there, as well. … We’re still evaluating.”

The Tigers will also be without both Joe Foucha and Ali Gaye (for one half) on Saturday through suspension. Foucha is facing a four-game academic suspension due to an issue with his credits transferring from Arkansas. Meanwhile, Gaye will miss the first half after being flagged for targeting against Florida State quarterback Jordan Travis.

These absences and, with all due respect to Southern, the quality of the opposition will likely result in a lot of rotation on Saturday. This rotation won’t be limited to the defense either.

Kelly has been adamant that the offensive line continues to be put under the microscope after a poor performance against the Seminoles. It’ll take the young players some time to develop the chemistry and in-game experience needed to play against SEC opposition. If there are better options on the bench, though, it’ll be in the best interest of the offense to make those changes sooner rather than later.

While Sunday’s game brought many disappointments for LSU fans, one of the biggest positives was the team’s health. The Tigers suffered very few injuries in losing the Seminoles, which bodes well.