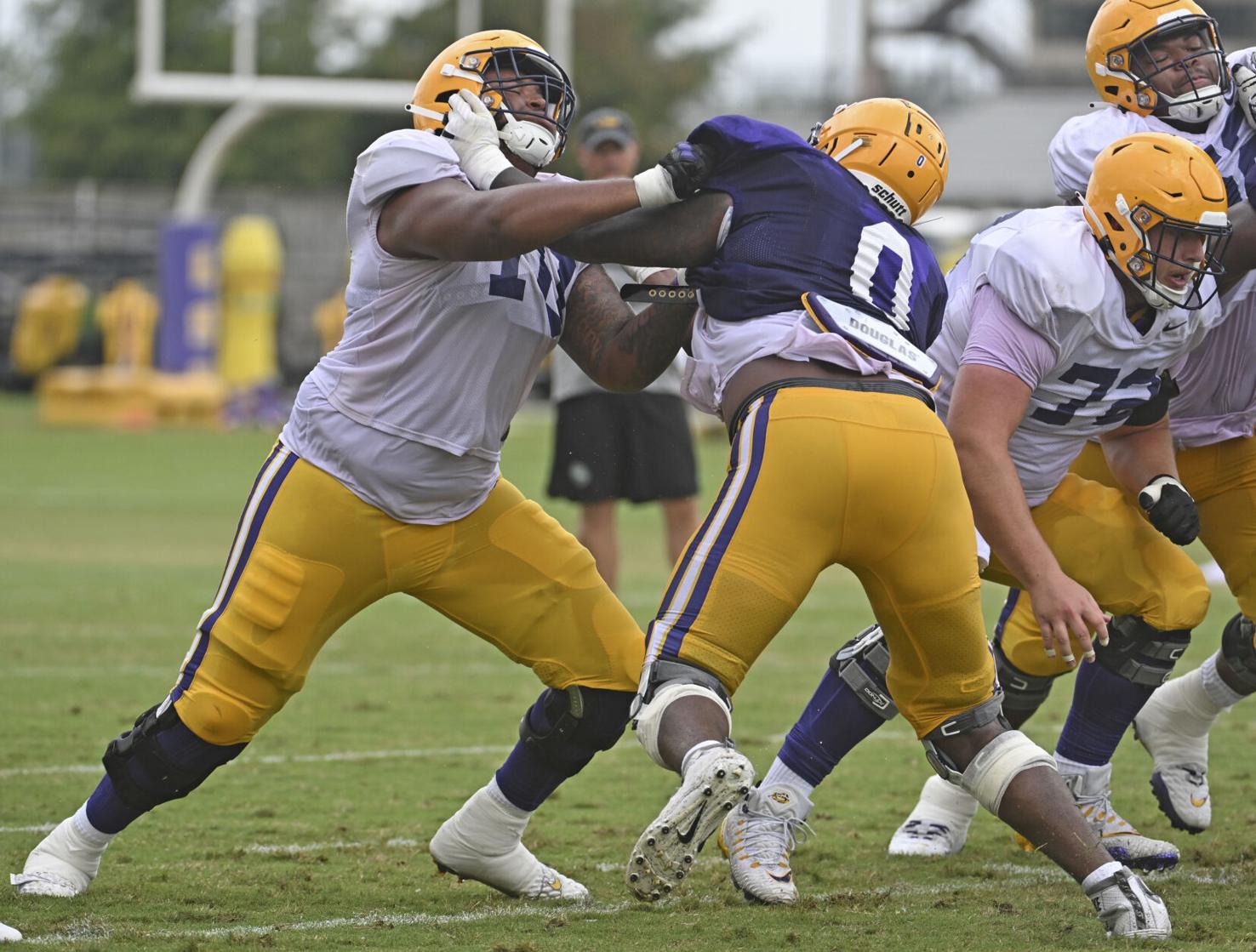 LSU’s Defense Line + LBs Are the Key to Beat Auburn

As his football team continues preparation for Saturday night’s home game vs. LSU, Auburn’s head coach, Bryan Harsin, offered high praise on Wednesday about what he is seeing from LSU’s defense as a whole and the guys up near the line of scrimmage in particular. The teams will face off at 6 p.m. CDT at Jordan-Hare Stadium.

“The front seven, I am very impressed with,” Harsin said of LSU’s defense. “I think what they are doing with their front seven and scheme is very good. Every one of those guys is impressive in their way, whether it is rank, size, speed, or power.

LSU, which is 3-1 overall and 1-0 in the SEC, is giving up just 14.3 points per game after shutting out New Mexico 38-0 last Saturday night. In that game, the visiting Lobos netted just 88 total yards.

“I think whole entire defense, back end and all, I think the guys play hard,” Harsin said of Auburn’s game four opponent. The coach noted that LSU’s defensive players seem to be “getting a better feel for what they are trying to do” while adjusting to a new coaching staff led by Brian Kelly.

Since losing 24-23 in the opener to Florida State the Bayou Bengals crushed Southern and defeated Mississippi State 31-16 before blanking New Mexico.

LSU’s leading tackler is Harold Perkins, a 6-2, 220 freshman linebacker who has been involved in 22 stops. Harsin said that 6-2, 188 senior nickel Jay Ward is a player who stands out on video. Ward has 18 tackles and one of LSU’s two interceptions.

The visitors will be matching up against an Auburn offense that has struggled at the line of scrimmage despite AU having an identical record as LSU.

Harsin commented on the matchup that his offensive linemen will need to “battle every single play.”

The coach added, “You have got to win the one-on-ones, you have got to do your job on the double-teams and take advantage of that, and you have got to be able to pass protect. Those guys make it a challenge because of what they do and who they are. That is the thing we have to work through this week, getting prepared for that–the speed of how they are going to play.”

The SEC West matchup will be televised on ESPN as Auburn ends a five-game homestand to open the season. It will be the first true road game for LSU, which opened the season in New Orleans vs. FSU and played its next three games at home.

“I have always been impressed, not just playing them but even watching LSU from afar,” Harsin said. “I am always impressed with their players. I think they are very athletic. I think they play hard. They have always historically been an excellent football team.

“There are some differences this year offensively and defensively; there are different schemes,” he noted. “I feel like they are on a three-game winning streak this year, and Coach Kelly has talked about that. You can see the improvements in the football team in all three phases.

“They are doing some different things,” Harsin added. “They are using their personnel well, and I think that is showing in the games they have played, the last three in particular.”

Commenting on Kelly, who is in his first season at LSU, Harsin said, “I have always been impressed with him and what he did at Notre Dame and Cincinnati over the years with him being a head football coach. He has obviously played in a lot of big football games. He has been on a big stage. He has run a very successful program so you know they are going to be prepared.”

Auburn won last year’s matchup 24-19 at Baton Rouge with Jarquez Hunter scoring the go-ahead touchdown with 3:11 left on a one-yard run to complete a drive that covered 92 yards. LSU leads the series 31-24-1 and Auburn is looking for a third straight win in games vs. the Bayou Bengals.