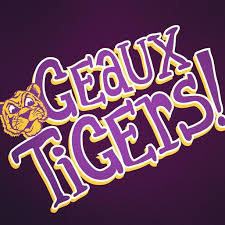 RUMBLINGS: Mike Leach’s team was tabbed for a sixth-place finish in the SEC West, right behind LSU, but is off to a good start in nonconference. The Bulldogs went out West on Saturday night and blasted an improving Arizona team after dispatching Memphis in its opener. The stakes get higher this week in the gauntlet that is the SEC.

ON THE BULLDOGS OFFENSE

Rogers expertly directs Leach’s beloved Air Raid offense, which averages 486.5 total yards and ranks fifth nationally with 385.0 passing yards. Rogers is fourth in the nation in completing 78.8% of his passes. Leach has shown a desire to run the ball more with Johnson and Jo’quavious Marks, who injured an ankle vs. Arizona.

ON THE BULLDOGS DEFENSE

MS State has allowed 84.5 rushing yards and 220.5 passing yards per game and has come up with three interceptions and a fumble. While the Bulldogs have a strong and active front seven, Forbes was the only MSU defender to make the first or second teams on the coaches’ preseason All-SEC team.