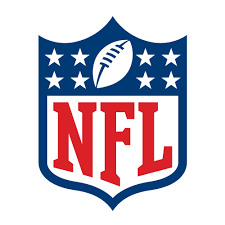 What To Look For – NFL Kickoff Weekend

SUPER STARTERS: History indicates that the best way for a team to start its drive toward a Super Bowl championship is to win in Week 1.

The 56 Super Bowl winners have a 45-10-1 record in the Kickoff Weekend games of their title seasons. The Super Bowl LVI champion LOS ANGELES RAMS, who host the BUFFALO BILLS in the league’s annual primetime Kickoff Game on Thursday (8:20 PM ET, NBC), have won their last five Kickoff Weekend games, the longest active streak in the NFC. Last year marked the sixth time in the last seven seasons the eventual Super Bowl winner won the opening game of its championship season.

The KANSAS CITY CHIEFS, who have appeared in four consecutive AFC Championship Games, travel to play the ARIZONA CARDINALS in Week 1 (4:25 pm ET, CBS), a matchup of two 2021 playoff teams. Kansas City has won its past seven Kickoff Weekend games, the longest active streak in the NFL. With a win on Sunday, they can become the sixth team in the Super Bowl era to win eight consecutive season-opening games.

The teams with the most consecutive season-opening wins in the Super Bowl era:

Arizona, meanwhile, has won each of its last two Week 1 games and KLIFF KINGSBURY is one of four active head coaches without a loss on Kickoff Weekend (not including first-year head coaches).

Since 2002, when the NFL expanded to 32 clubs, teams that are victorious in their season-openers are more than twice as likely to reach the playoffs than those that lose an opening game.

Note: There are a different number of winning and losing teams in season-opening games due to the inclusion of 2017 Week 2 victories by Miami and Tampa Bay, which was the season-opener for each team (their Week 1 meeting was postponed due to Hurricane Irma).

STARTING STREAKS: The Rams and Chiefs aren’t the only teams that have excelled in openers. Below is a sampling of other notable active NFL Kickoff Weekend milestones and streaks:

START ME UP: Some players have excelled in openers. Below is a sampling of notable individual performances on NFL Kickoff Weekend:

HISTORY-MAKING DEBUT: Indianapolis quarterback MATT RYAN will be making his Colts debut when the team travels to play Houston on Sunday (1:00 PM ET, CBS). He enters the season ranking eighth in league history with 59,735 passing yards and needs 265 passing yards on Kickoff Weekend to become the second-fastest player ever (223 games) to reach 60,000 career passing yards.

The players to reach 60,000 career passing yards in the fewest games in NFL history:

Ryan also enters his first season in Indianapolis with 73 career games with at least 300 passing yards, tied with PHILIP RIVERS for the fourth-most such games in NFL history. Only DREW BREES (123 games), TOM BRADY (108) and Pro Football Hall of Famer PEYTON MANNING (93) have more.

The players with the most games with at least 300 passing yards in NFL history:

BURROW BECKONING: Last season, Cincinnati quarterback JOE BURROW led the Bengals to a Super Bowl LVI appearance after recording 4,611 passing yards and 34 touchdown passes in the regular season, both single-season franchise records. He also eclipsed 400 passing yards in three games, tied for the most in the league, including in each of his final two games of the regular season.

Burrow, the No. 1 overall pick in the 2020 NFL Draft, enters the 2022 season with 7,299 passing yards in 26 career games. With 201 passing yards on Sunday, he will tie Pro Football Hall of Famer KURT WARNER (27 games) as the third-fastest player to reach 7,500 career passing yards in NFL history.

The players to reach 7,500 career passing yards in the fewest games in NFL history:

The quarterbacks with the most rushing touchdowns in their first 50 career starts since 1970:

Additionally, Jackson has compiled a 37-12 record through his first 49 starts. With a win on Sunday, he would tie TOM BRADY (38 wins) and DANNY WHITE (38) for the third-most wins by a quarterback in his first 50 career starts since 1970. Only PATRICK MAHOMES (40 wins) and Pro Football Hall of Famer KEN STABLER (40) have more.

The quarterbacks with the most rushing touchdowns in their first 20 career starts in NFL history:

200 IN A HURRY: Minnesota wide receiver JUSTIN JEFFERSON ranked second in the league with a career-high 1,616 receiving yards last season and ranked fourth with 108 receptions. His 3,016 career receiving yards are the most ever by a player in his first two seasons, while his 196 career receptions are tied with MICHAEL THOMAS for the most.

With four receptions against Green Bay on Sunday (4:25 PM ET, FOX), Jefferson will tie ANQUAN BOLDIN (34 games) and REGGIE BUSH (34) as the fourth-fastest player ever to reach 200 career receptions.

The players to reach 200 career receptions in the fewest games in NFL history:

DUAL-THREAT BACKS: Last season, New Orleans running back ALVIN KAMARA totaled 1,337 scrimmage yards (898 rushing, 439 receiving) and nine touchdowns (five receiving, four rushing). He is the only player in league history to record at least 700 rushing yards and 400 receiving yards in each of his first five seasons.

Carolina running back CHRISTIAN MCCAFFREY recorded 785 scrimmage yards (442 rushing, 343 receiving) in seven games last season and, since entering the league in 2017, leads all players with 113.8 scrimmage yards per game.

The players with the most games with both a rushing and receiving touchdown in their first six seasons in NFL history: